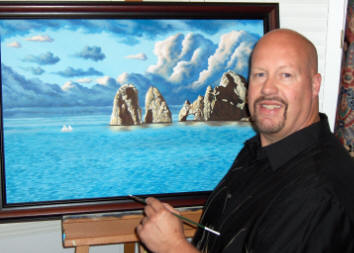 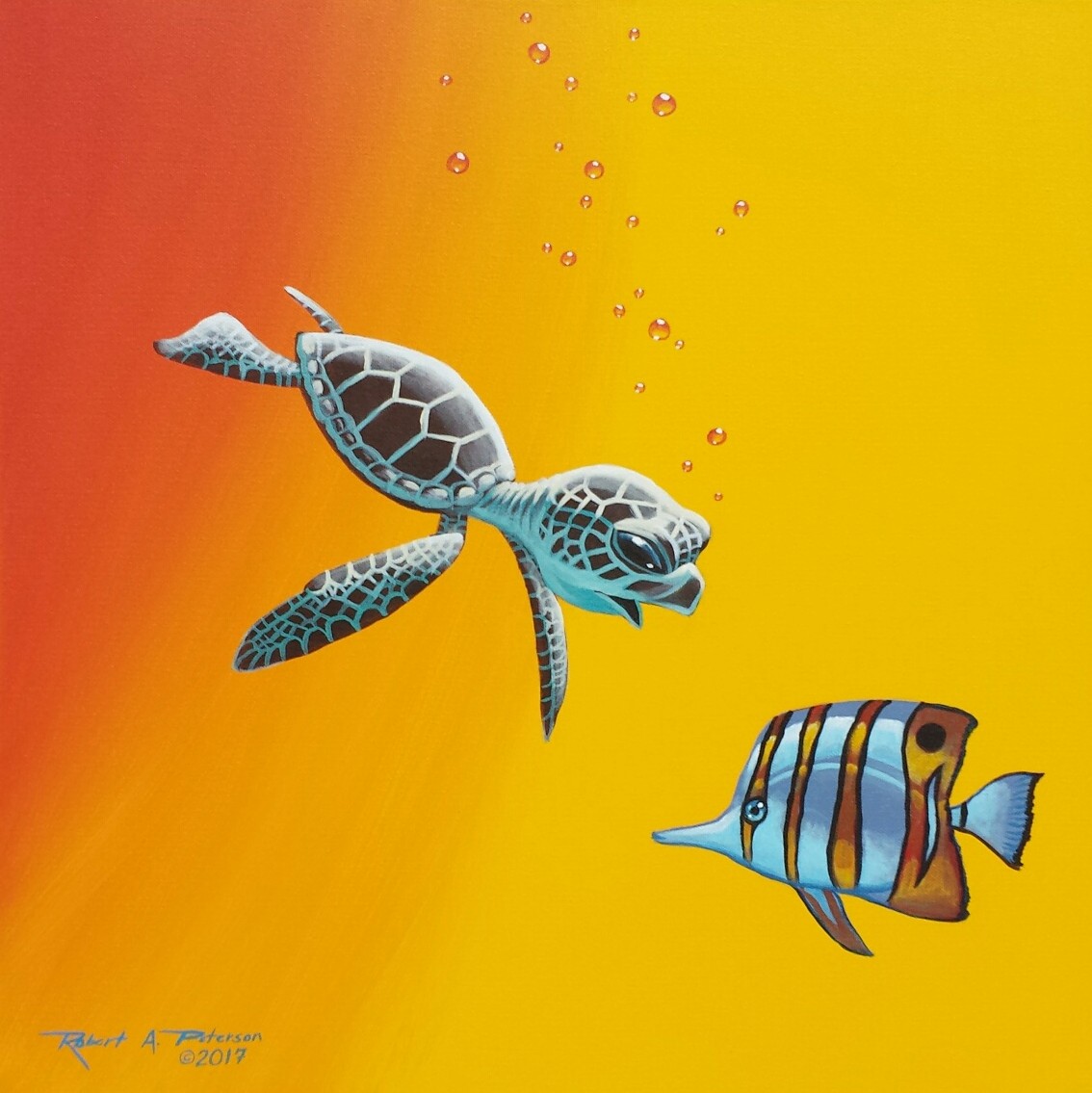 An artist since the age of three, Robert Peterson masterfully captures the world as he sees it with pencil and brush. Using vivid colors and precise detail in his paintings, Robert invites the viewer to relax, take a vacation on canvas and enter a world where things move at a slower pace.

Drawing inspiration from his experiences growing up on Southern California beaches , a two-year residency in Mexico and living near the Gulf of Mexico, Peterson depicts tropical beaches from around the world as well as other aspects of nature’s idyllic beauty.

I believe that too often we take the Earth and it’s natural splendor for granted and as an artist I truly believe that it is my responsibility to capture our magnificent planet’s natural beauty on canvas. As an artist I can remind society of the need to protect and preserve our world as best we can before we lose this precious and fragile beauty.

Robert is also a freelance illustrator and former syndicated cartoonist for American International Syndicate and Capitol News Service. His illustrations and cartoons have appeared in newspapers and magazines worldwide. Robert’s paintings are now found in his gallery Vacation on Canvas in Galveston and in numerous Galleries and in private collections worldwide. He taught acrylic and watercolor painting at the High School and College levels as well as cartoon drawing. Robert and his wife Jana now make their home near Galveston,Texas where inspiration constantly surrounds them.